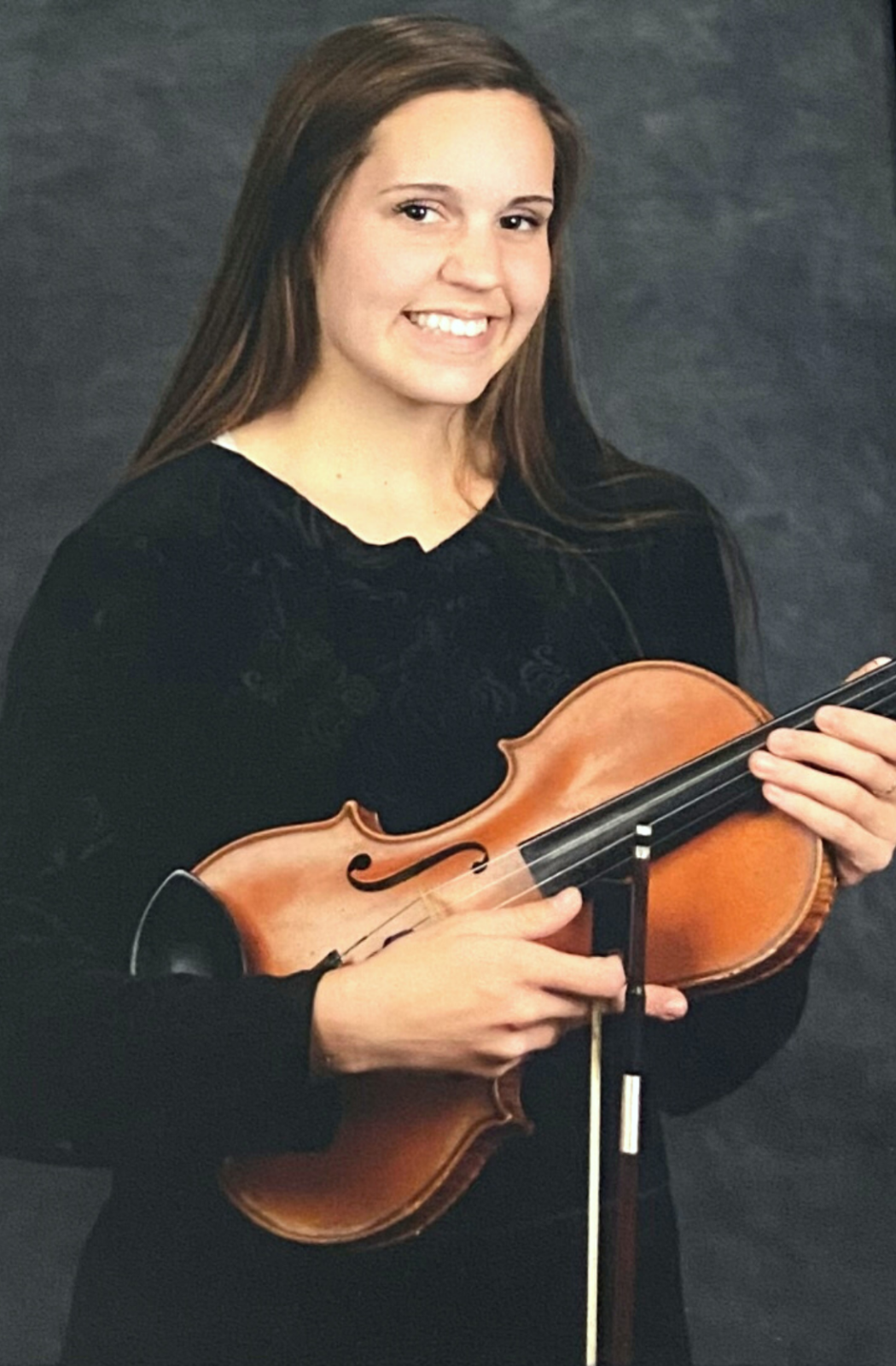 Sidney Lofthouse was born in Roseburg, Oregon. She began learning the violin from her mother at the age of 5. Throughout junior and senior high, Sidney had the opportunity to study with many excellent teachers, including Dr. Julia Salerno, Grigory Kalinovsky, Anne Setzer, and Gerardo Ribeiro. Sidney actively participated in Youth Symphonies in Oregon, including the Oregon East Symphony (2013-15, winner of the 2013 Oregon East Young Artist Competition), the Portland Youth Philharmonic (2015-16), and the Spokane Youth Symphony (2016-18).


In her college career, Sidney began studying under Alexander Russell at Azusa Pacific University in Los Angeles. She participated in  the Symphony Orchestra as the concertmaster principal second violin. In 2020 she transferred to Utah State University, where she continued her studies with Robert Waters, as well as the Fry Street Quartet. She performed with the Symphony Orchestra, again serving as the concertmaster and second principal violin.


Sidney has been teaching orchestral groups and private lessons since the age of 16. She hopes to become a college violin professor after finishing graduate school.


In her free time Sidney loves to run, bake, and spend time with her family.